3M™ (and others) Dichroic Films and Paints

Dichrolam’s journey started in the late 1990s. By 2000, John’s creative use of 3M’s Chill and Blaze films had resulted in 2000 Neocon Award. Soon after this award, Dichrolam’s offering expanded to use other films and to create other products like Dichrolam Sea Texture™. Somewhere between 2000 – 2011, 3M realized that their films were being used in the Architectural/Construction market. This resulted in 3M taking a more aggressive marketing approach and new competitors entering the Dichroic film market.

In response – to improve our product and to maintain our competitive edge – Dichrolam 11™ was developed, tested, and produced. Dichrolam 11 differs from our competition in that it uses a different and stronger lamination material as well as having a mirrored finish rather than a marbled aesthetic. In 2011, Dichrolam Texture™ came into being as well. What is now happening? Composite Resins – all the Dichrolam products can be made in glass and composite resins. In 2016 / 2017 – Candylam™ was developed, Dichrolam Texture offerings were expanded, and we continue to find new applications. For instance: wayfinding, guitars, and signage.

Dichrolam is durable, and will maintain its vibrancy and luster for decades.

These Design Guides are to assist designers, specifiers, and owners in their selection of a decorative glass product. Contractors are welcome to review the documentation and download. 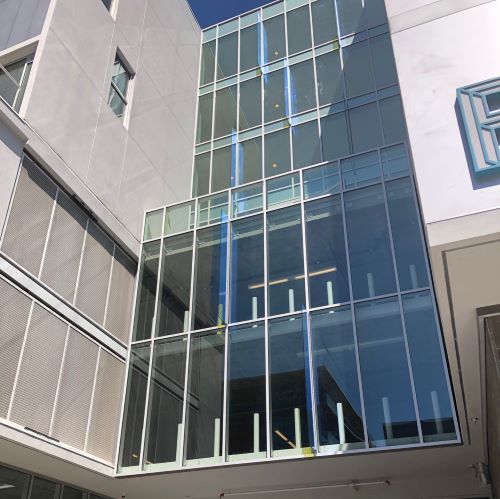 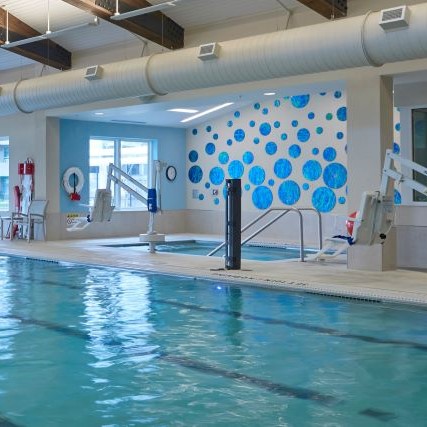 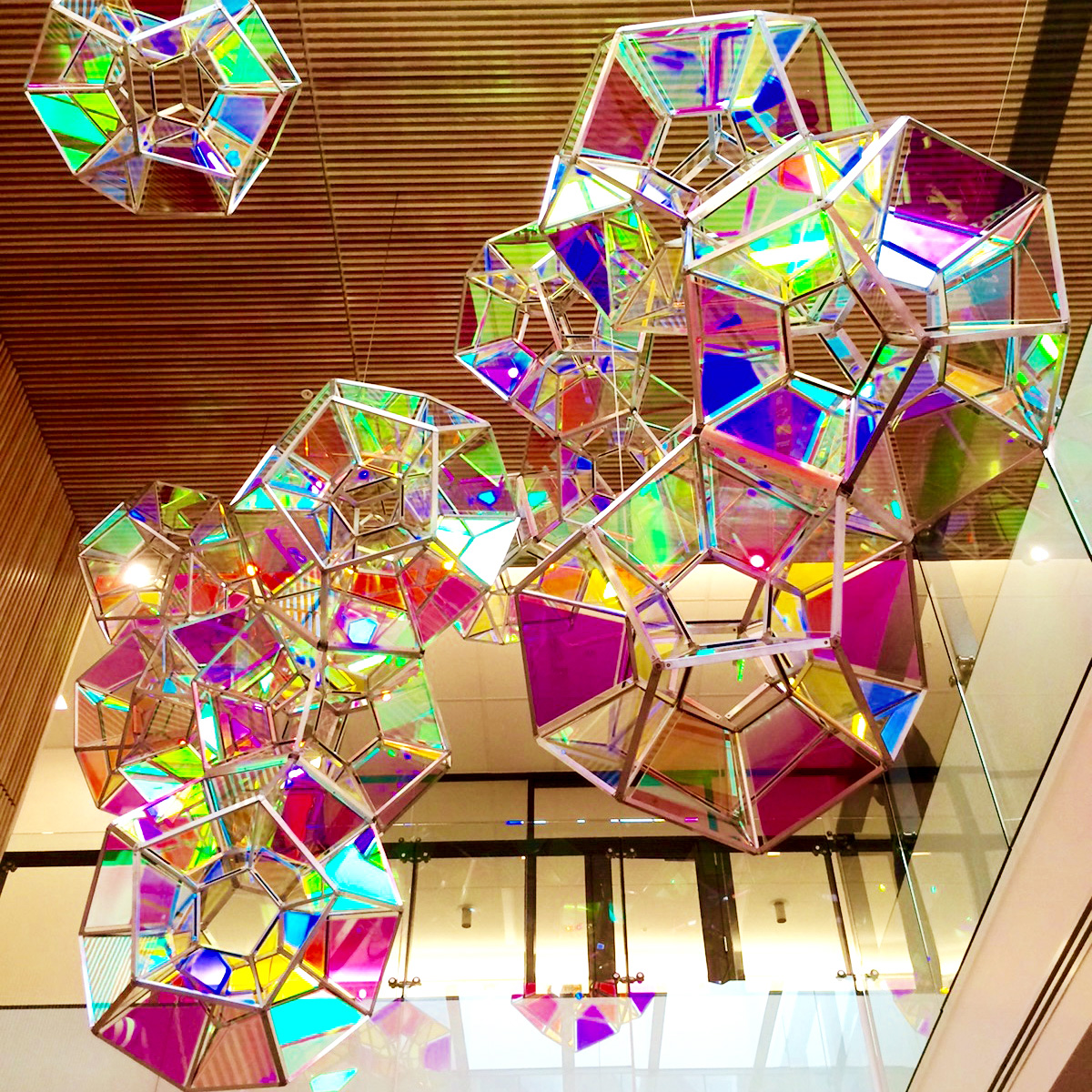 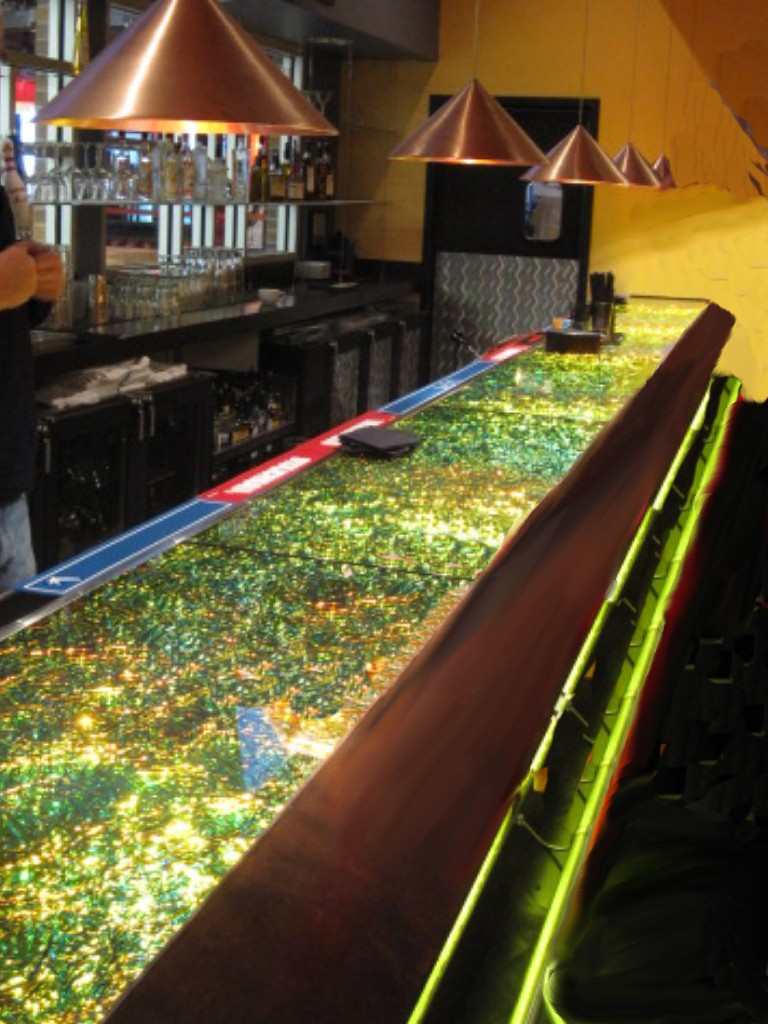 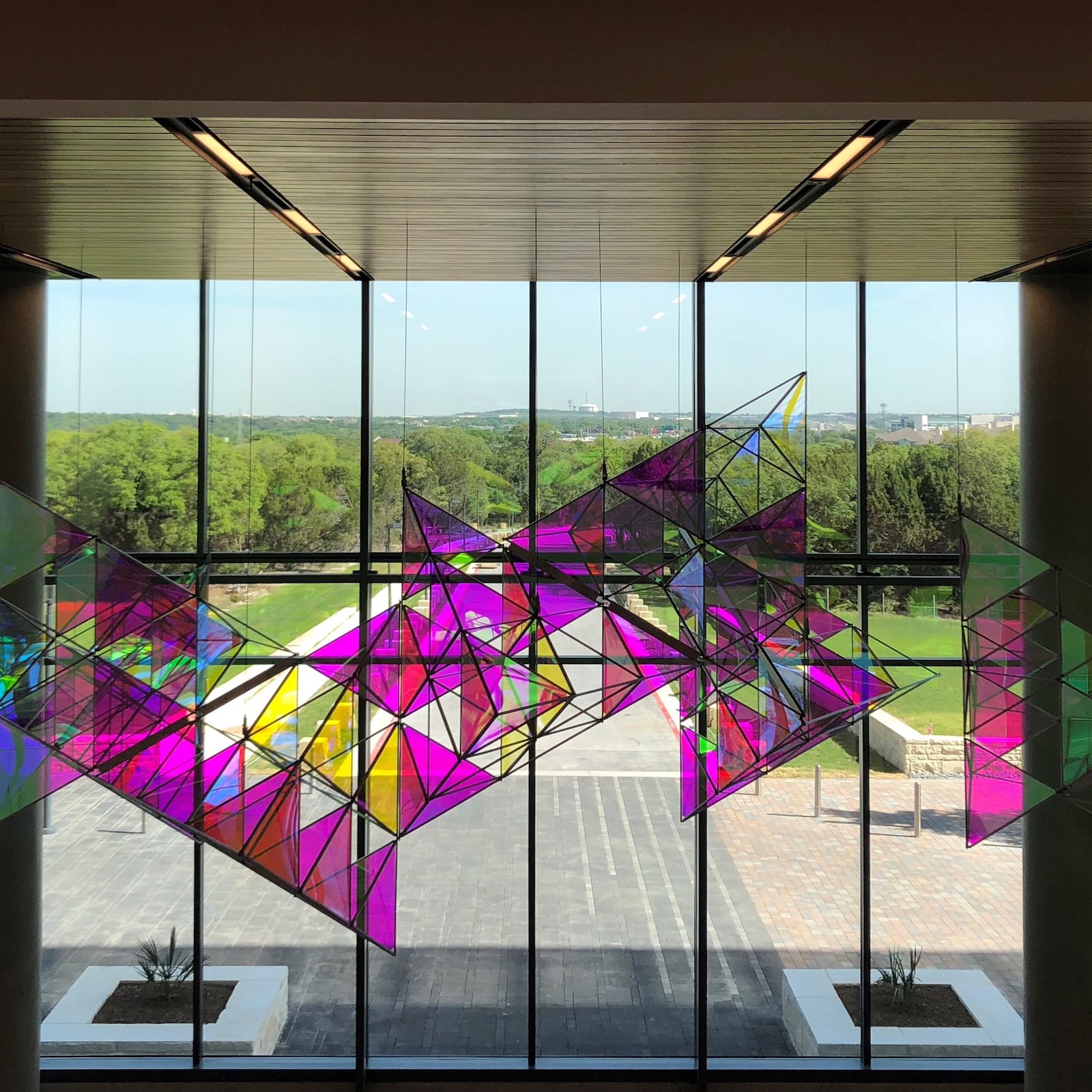 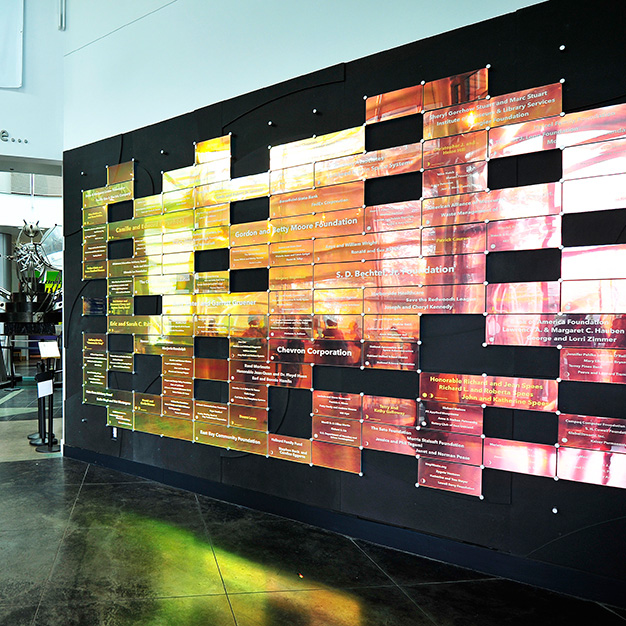 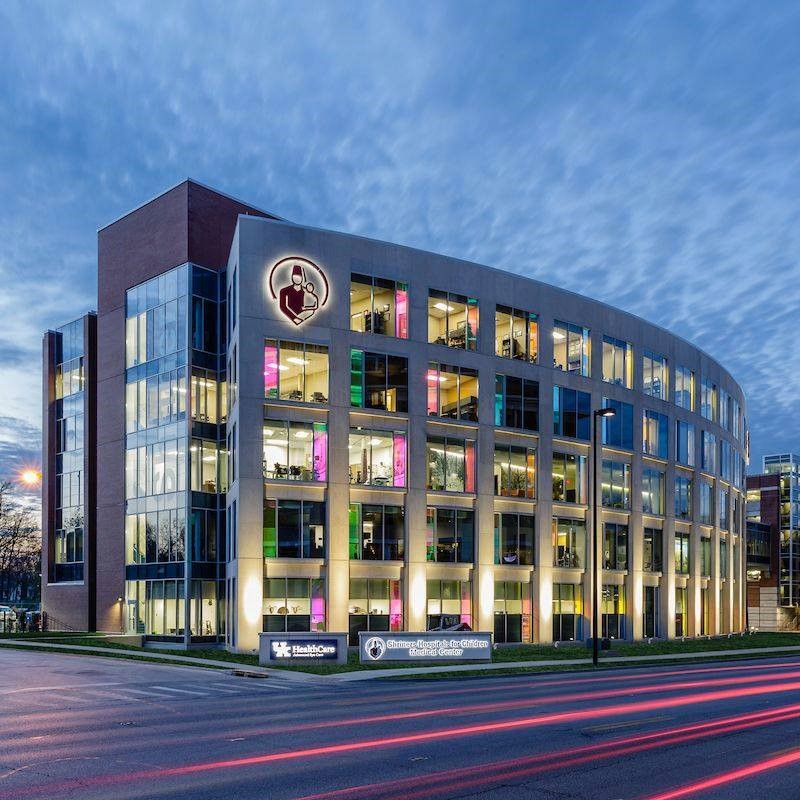 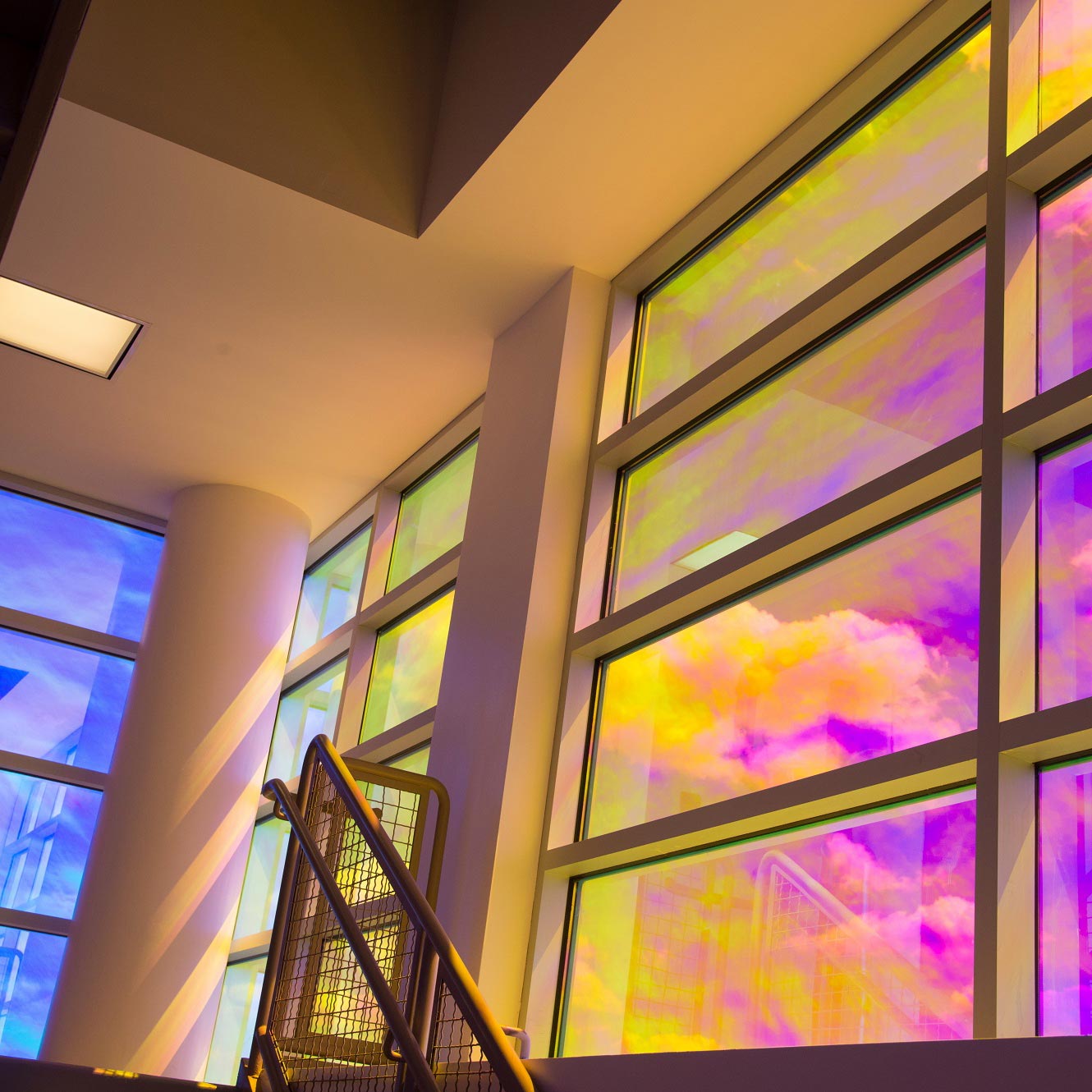 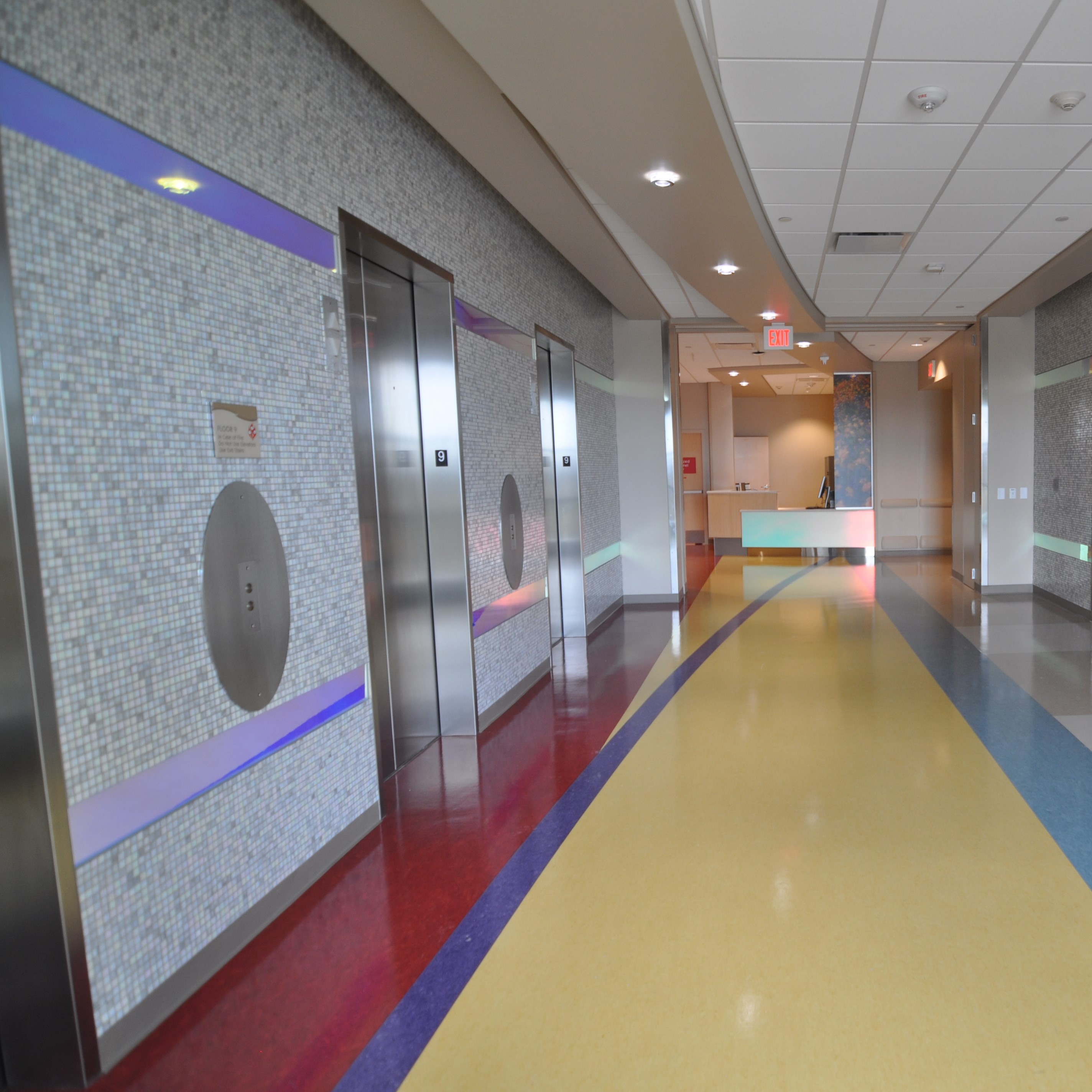 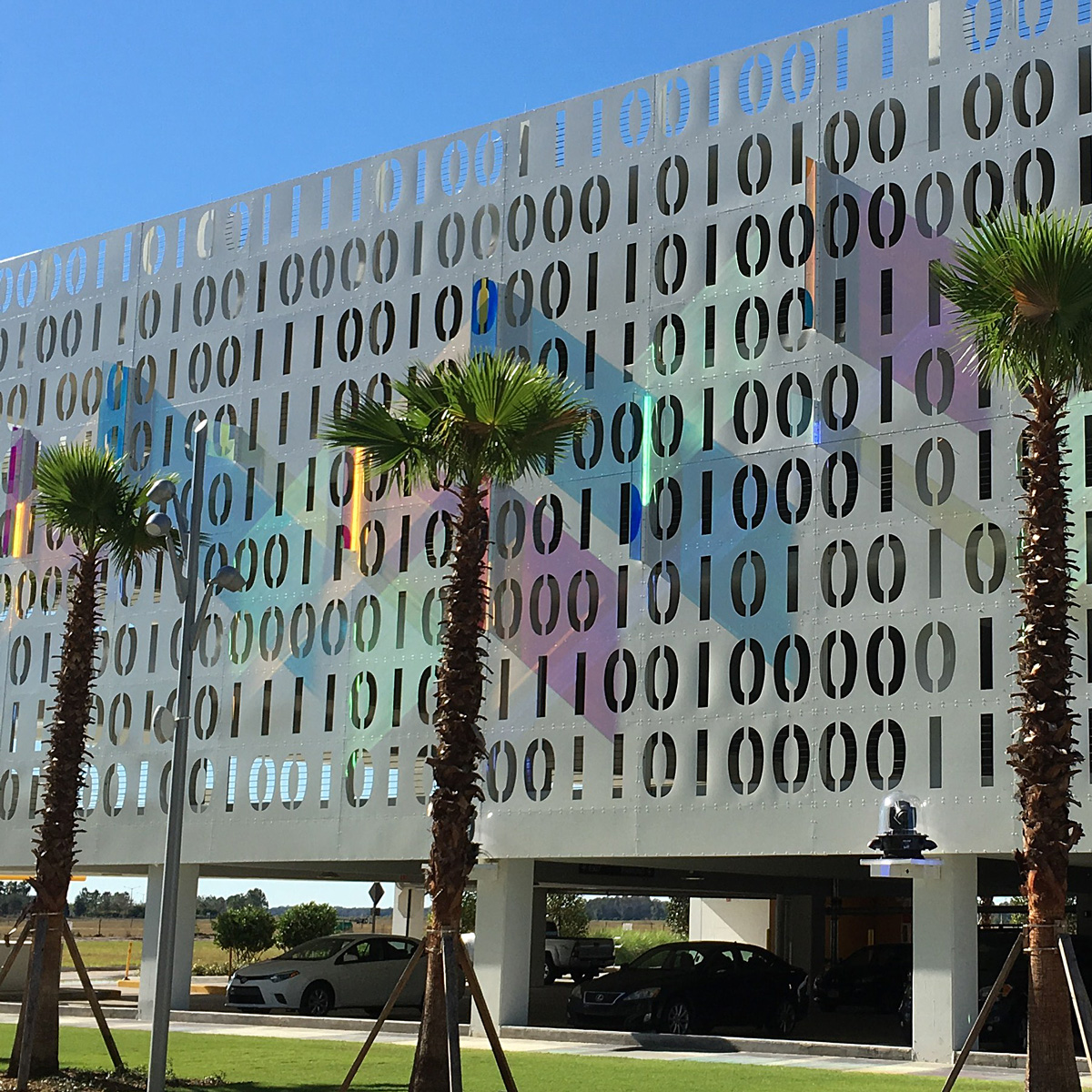 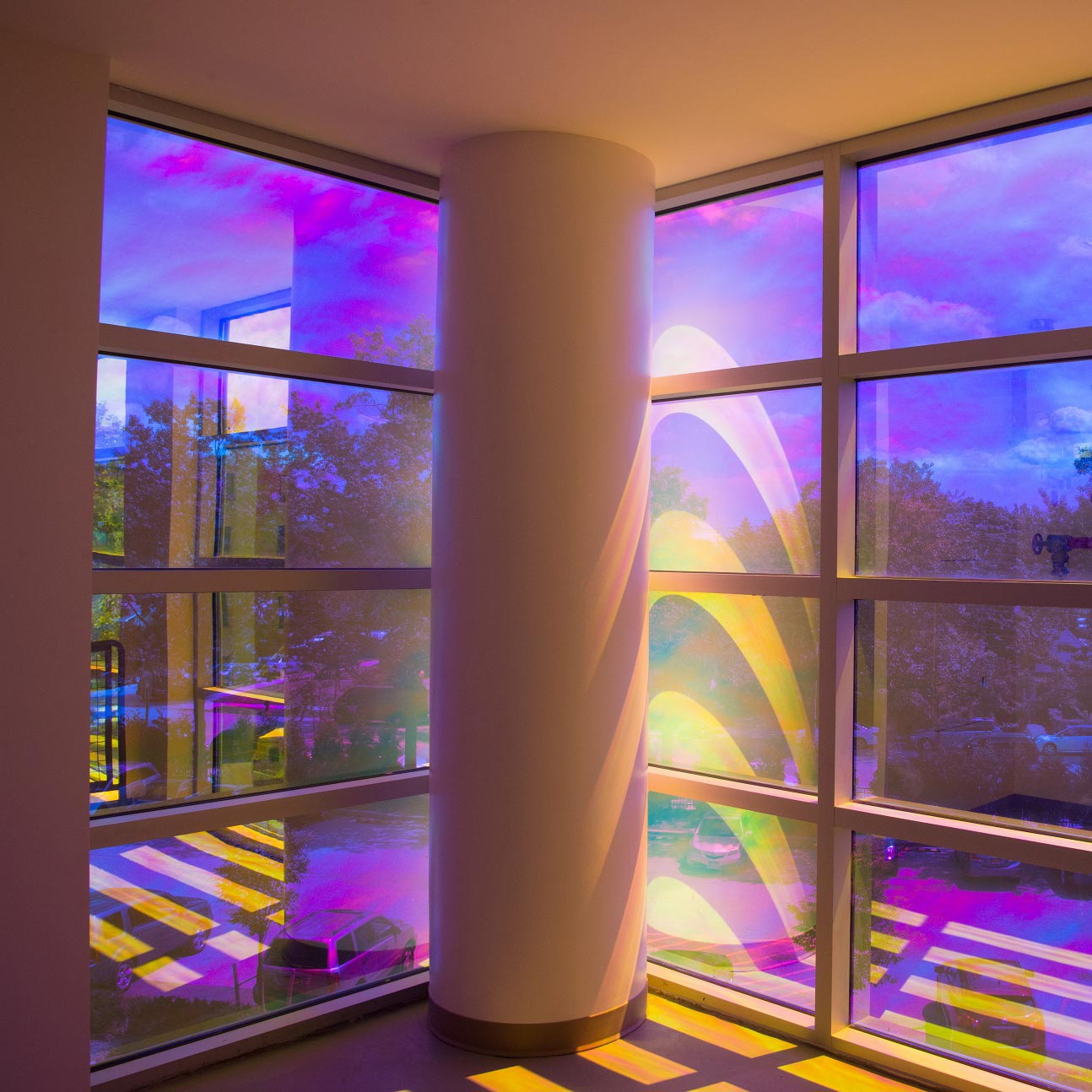 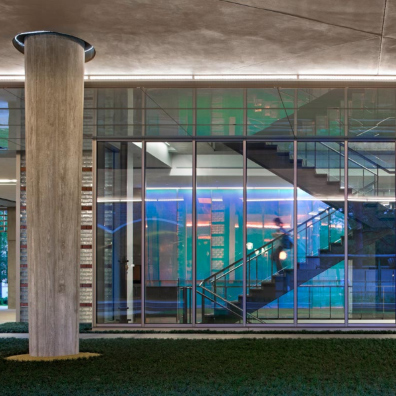 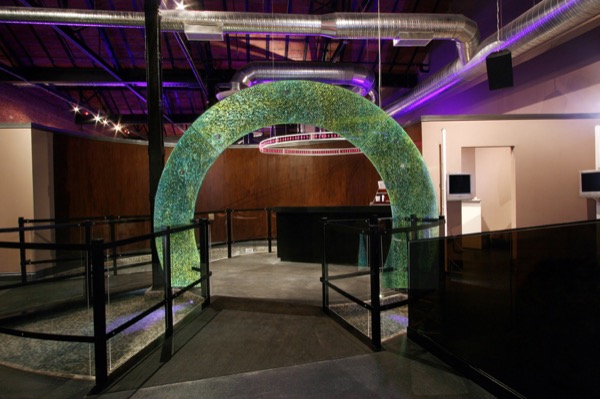 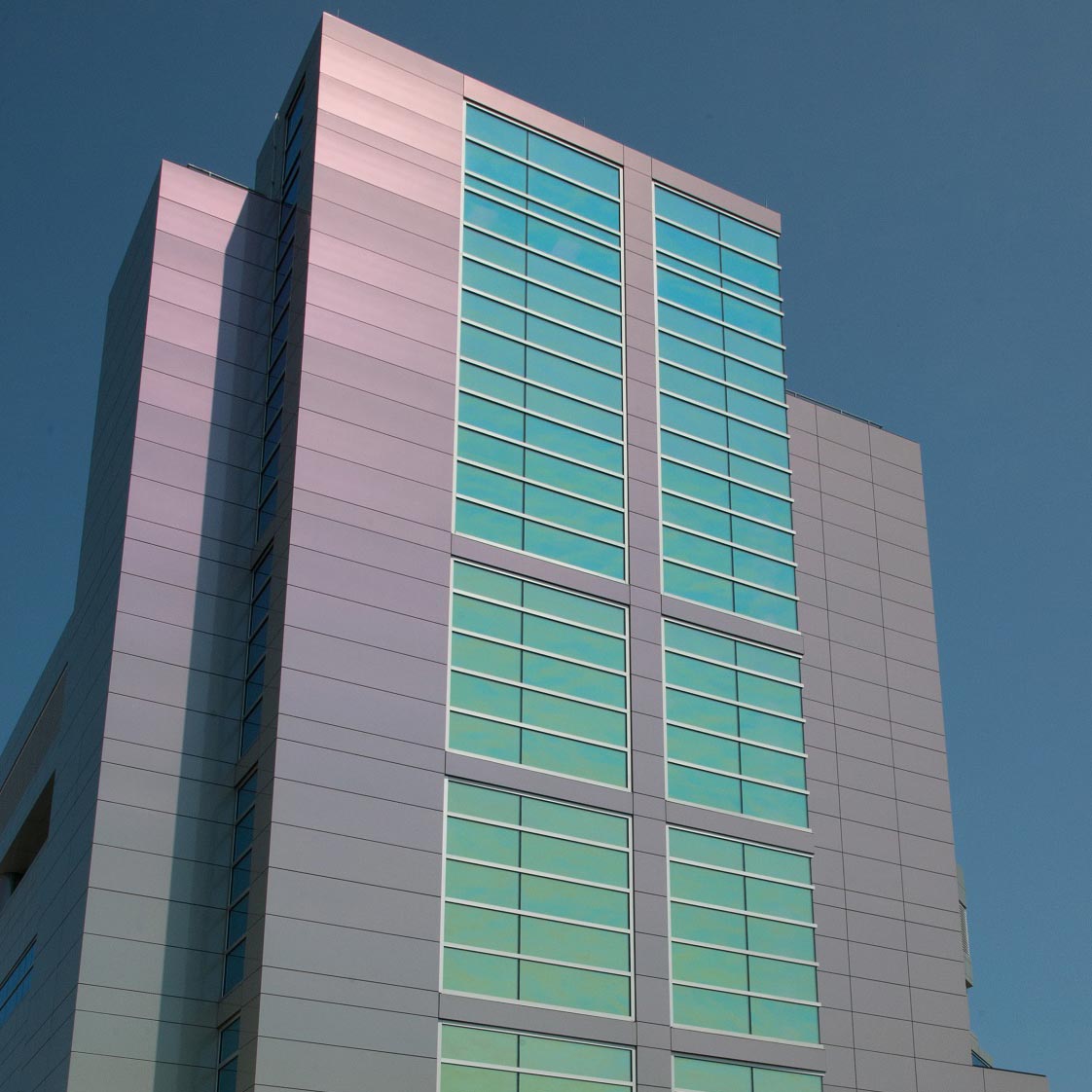 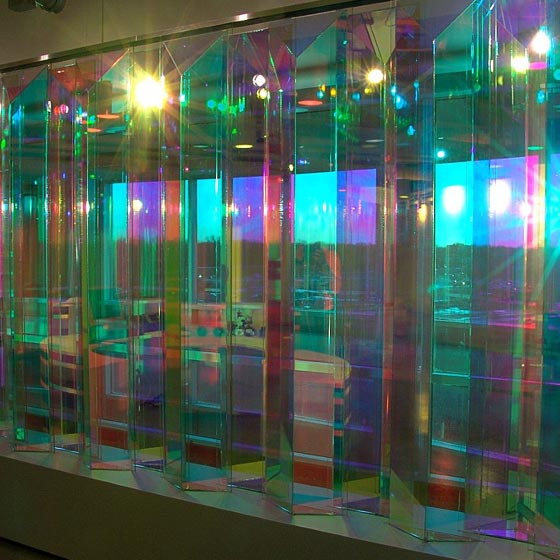 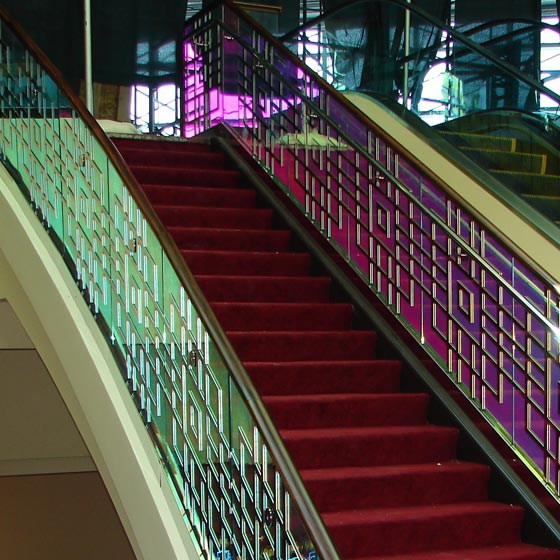 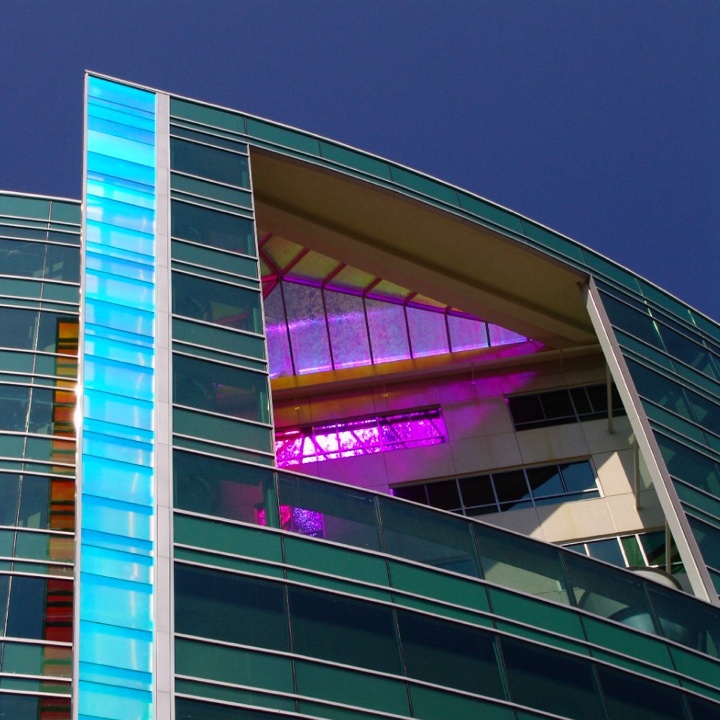 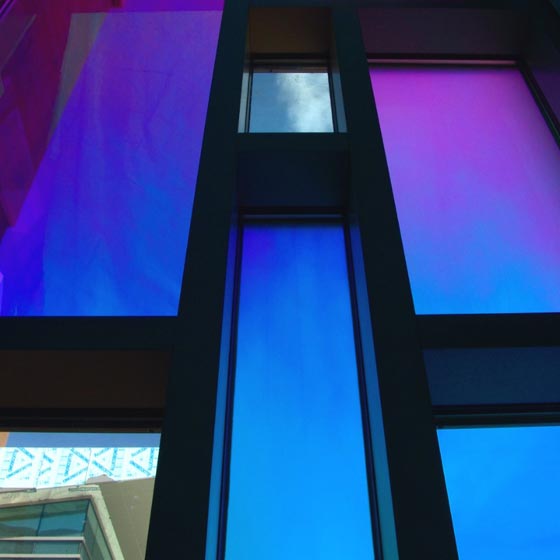 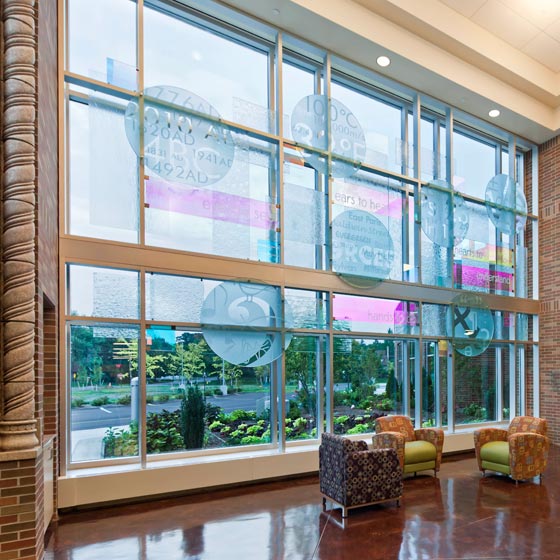 Dichrolam Glass
Church of the Servant 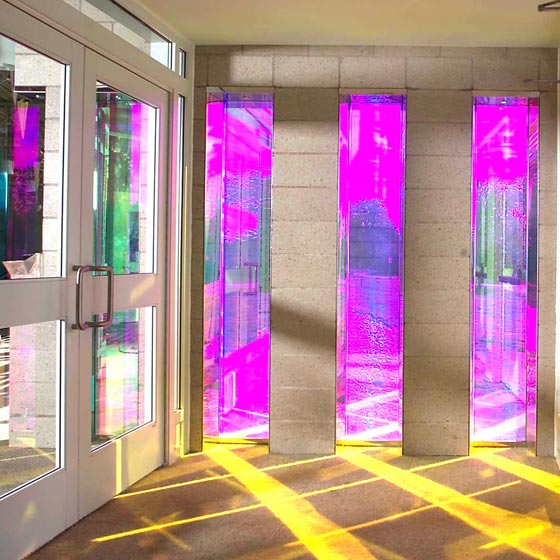 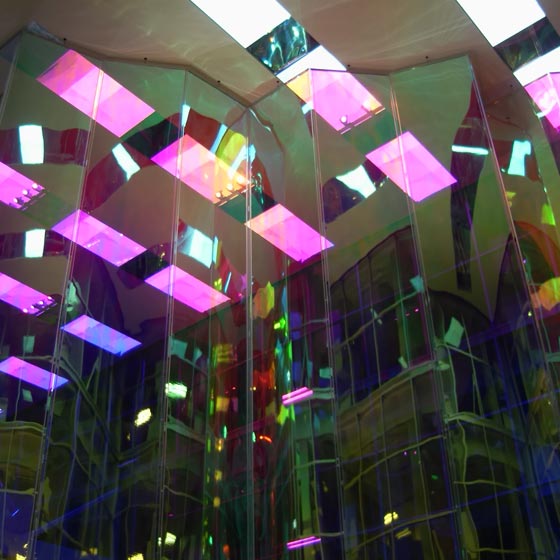 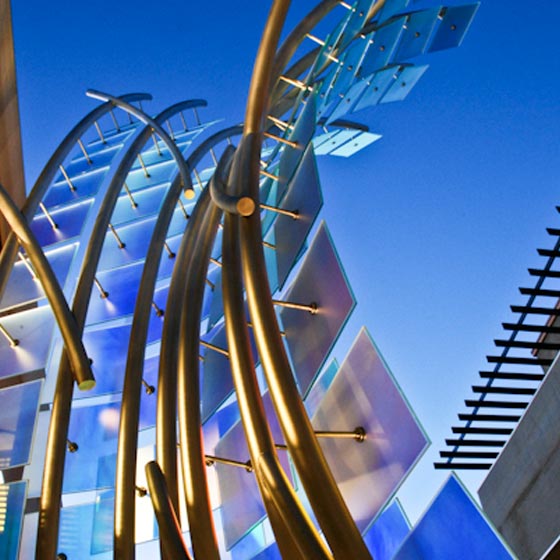 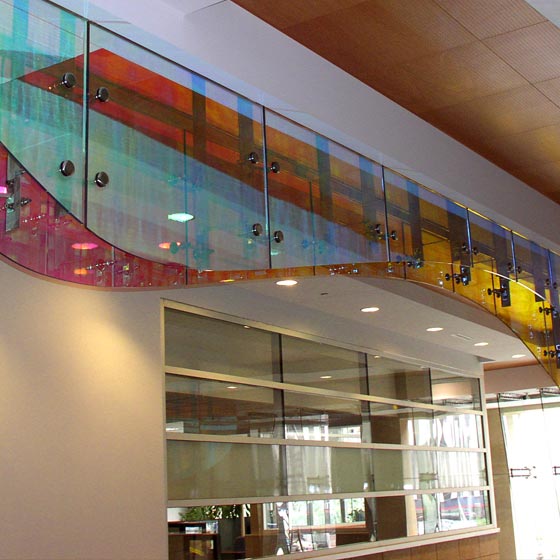 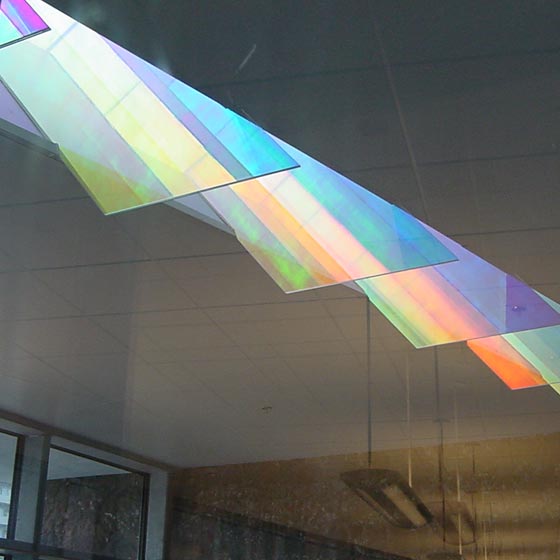